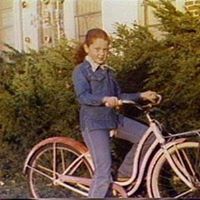 Ann Gotlib (born May 5, 1971) was a Russian immigrant who disappeared at the age of 12 from the premises of a Louisville, Kentucky, mall on June 1, 1983. The case to find her abductor was covered heavily by the Louisville news media and stretched for the next twenty-five years until a person of interest was eventually identified.
Due to the startling way Gotlib vanished in broad daylight without any trace, it was a key case that led the United States Congress to create the National Center for Missing and Exploited Children in 1984 to coordinate departments involved in missing persons cases. The center credits the Gotlib case with increasing national awareness of missing and abducted children and revolutionizing how missing-child cases are handled.
During the same time, our organization, ECHO, was formed.

We appreciate the support and dedication from several local Grantors & Community Partners. Thank you!
Copyright © 2019, all rights reserved.